Incontinence is the involuntary loss of urine at an inappropriate time or place – this can vary from just a few drops every now and then to full bladder leakage.

"involuntary loss of urine on effort or physical exertion, or on sneezing or coughing"

- This is the most common type of incontinence and the one most people are familiar with
- Can be varying amounts of leakage that occurs with effort ie, jump, bend, lift, run, cough
- Associated with an outlet closure problem ie, pelvic floor weakness or prolapse
- NOT associated with a 'weak bladder'

- There is often a strong urge to go but you don't not make it to toilet in time
- Also associated with frequency – needing to go more often or getting up in the night to go
- Common triggers include - seeing the toilet, getting the key in the door or running water
- Can be caused by a sensitive or 'overactive' bladder or by poor bladder and fluid habits

HOW PHYSIOTHERAPY CAN HELP!

A pelvic health physiotherapist can diagnose which type of incontinence you have and treat accordingly – 70% of women with incontinence will get significant improvements with appropriate treatment!

A full assessment of the pelvic floor can identify not only general muscle weakness, but also the co-ordination and timing ability of the muscles to contract when there is increased pressure (such as a laugh or cough). Research has shown that up to 50% of women perform a pelvic floor contraction incorrectly if they are only given verbal cues. An internal pelvic floor examination is used so the therapist can ensure a correct and effective pelvic floor contraction can be achieved. Following this asssessment an individualised pelvic floor retraining programme can be commenced. 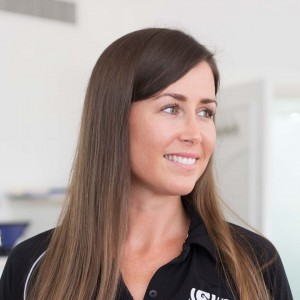